Innovation award for the Ipso Cast 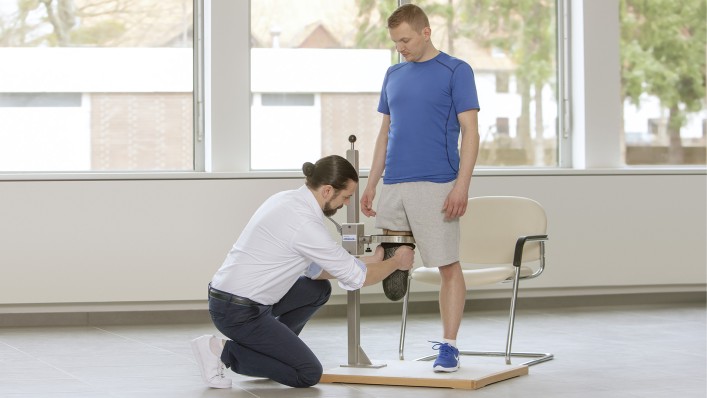 The new "Ipso Cast" plaster casting apparatus from Ottobock wins first place in the "Companies up to 20 employees" category of the Göttingen District Innovation Awards, prevailing over 35 other innovative ideas from all over Germany.

The Ipso Cast is an innovative plaster casting apparatus for below-knee amputees. The innovative technique makes it possible to take a plaster cast or a 3D scan under load. The technician can also intervene directly during casting and apply additional targeted pressure. As a result, the Ipso Cast can considerably reduce the time required to fabricate a check socket. At the same time, the user receives a perfectly fitting prosthetic socket for enhanced safety, improved wearer comfort and more physiological movements.

The idea was submitted by Ipso Cast inventor Dr Lüder Mosler and his company "Works technology & innovation" with support from Ottobock. Dr Mosler approached Ottobock with the idea at the end of 2016. Here, it was developed further into a saleable product in the Planning & Equipping division and has been distributed successfully since the start of November.

The results were announced on Wednesday evening (21 November 2018) during the awards ceremony at Deutsches Theater Göttingen.

For more information about the Ipso Cast, see here.

Experience the quality of our products for yourself and visit us at our showrooms.